If you’ve been following me for any length of time, you’ll know I’m not a huge fan of romance. As a secondary plot, I’m indifferent, but I seldom enjoy plots centered around romance.

And yet, every single hyped up anime movie that comes out seems to be about romance. First Kimi No Na Wa, then Koe no Katachi. And today, we arrive at the next movie to be hyped (admittedly on a smaller scale than the former two). 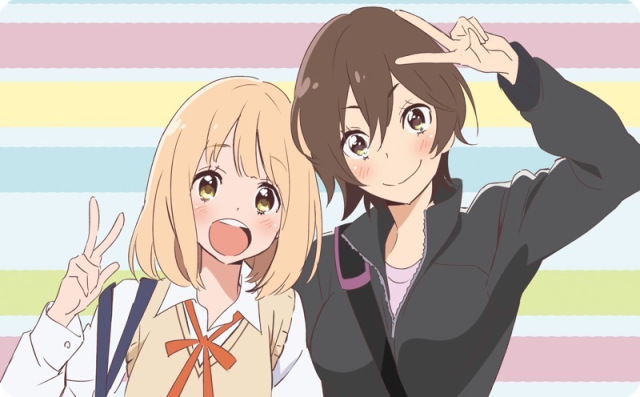 Yamada is a shy second-year high school girl who is a member of the greenery committee. Kase from the class next to hers is a beautiful girl who is the ace of the school’s track team. As a result of the morning glories planted by Yamada, the distance between the two people who have never exchanged words shrinks little by little.” (From MyAnimeList)

Asagao to Kase-San is one of the seemingly rare ‘Shoujo Ai’ anime coming out. We had Citrus a couple of seasons ago, and the better forgotten Netsuzou TRap, but both succumbed to the trap of using the relationships for sexual fanservice, rather than just exploring the relationship as if it was any other couple.

This is where I found Asagao to Kase-San to be above the rest, and makes it worth talking about. The rarity of Shoujo Ai aside, Asagao to Kase-San avoids treating the relationship as another avenue for fanservice, and instead just treats them the same way any other high school relationship would be. As an added bonus, since we’re limited for time, they’re no room for unsaid confessions or missed feelings. The relationship is established from the very beginning of the OVA, meaning that the viewers can relax and enjoy the scenes unfolding before them without any stress of ‘Will they? Won’t they?’ Whilst I am unfortunately the wrong person to talk about the accuracy in portraying a lesbian relationship, I think that it was shown in a healthy fashion, with the two girls acting as I would expect any teenager to in their first relationship, gay or not.

The animation in Asagao to Kase-San was gorgeous. The character designs, especially for the two leads, Yamada and Kase, were very aesthetically pleasing and lovely to look at. The mellow colours and settings also matched very well with the saccharine atmosphere that the relationship between the two showcased. It was almost like a very sugary and sweet case of pathetic fallacy. I also loved the music, particularly the ending theme, which was sang by the voice actors of Yamada and Kase.

It takes a very special romance to melt my heart. Gin and Hotaru were the first during Hotarubi no Mori E, Taiga and Ryuji caught me during Toradora!, and now Yamada and Kase are the latest to capture my heart. Whilst there may not be a lot to digest regarding relationship drama and conflict (besides very mild teenage misunderstandings), Asagao to Kase San is the perfect movie to watch if you just want to feel very warm and fuzzy inside for an hour, and enjoy all the highs of a love story. 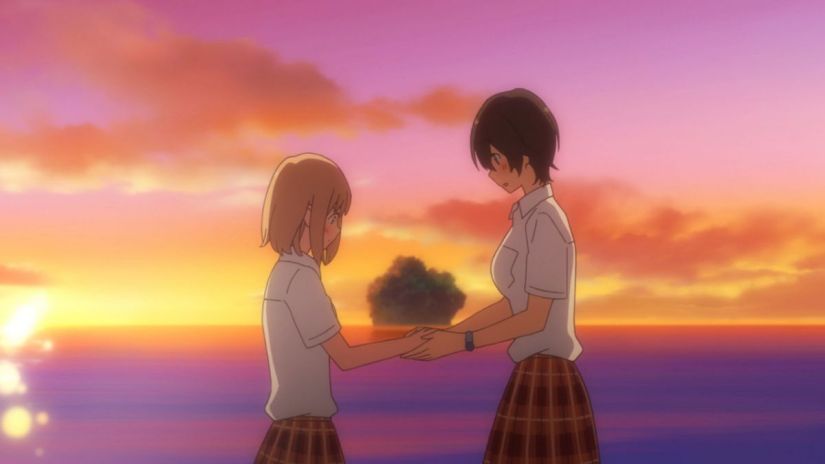